Milan Has its Very Own Chelsea 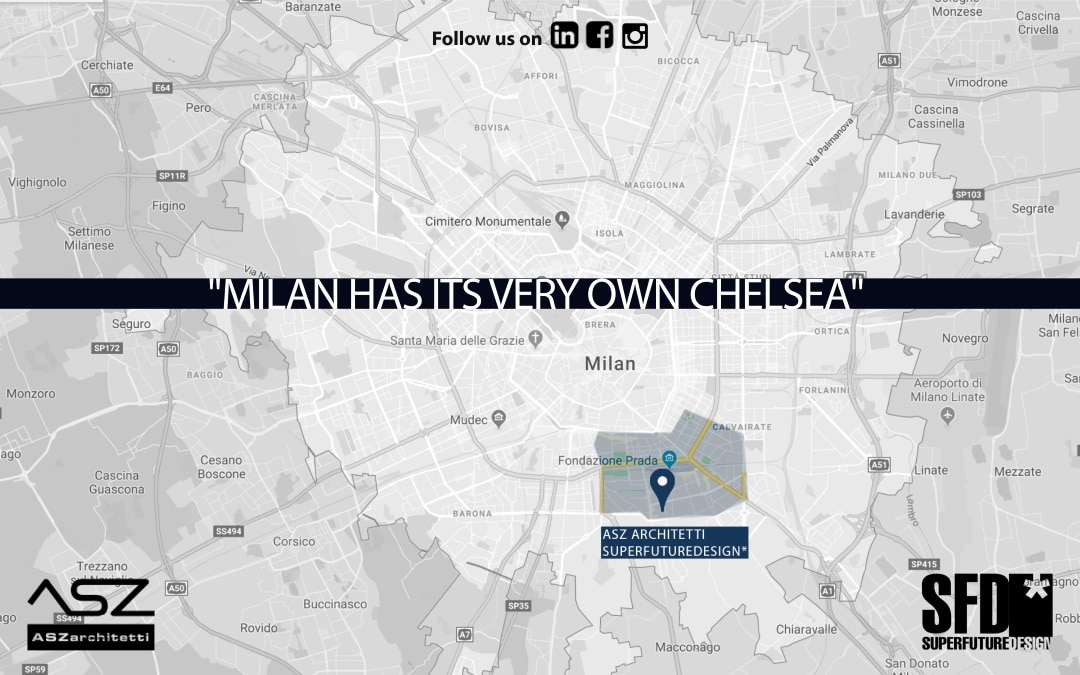 Chelsea, an affluent area located towards the South of London, has all sorts of attractions, amenities, and beautiful architecture that adds to the experience. While its inhabitants may say that there’s no place quite like it, the posh crowd populating the south of Porta Romana, Italy, says otherwise.

In Milan, the area south of Porta Romana gives viewers a bespoke view that’s incomprehensible to take in all at once. The area has always been the prime of modernity, where hundreds of years ago it was home to a train station, it now houses Avant-Garde architecture, restaurants, museums, and galleries. The picturesque locality has cemented itself as a center point where culture and entertainment intersect, with the goal of becoming Milan’s very own Chelsea.

The area is a futuristic neighborhood that keeps on evolving, partly thanks to the redevelopment projects and cultural centers that gave it a new identity. To begin with, this is where you’ll find ASZarchitetti and Superfuture’s Via Pizzi office.

These developments are an example of the capital’s ambitions for the area. Take the Symbiosis business district, for instance; it’s owned by Covivo and considered a smart locale with minimal emissions.

But when it comes to authority, the well-renowned Fondazione Prada (Prada Foundation) was among the first companies to create an imaginative and modern plot. The organization entirely transformed it, making it a favorite for art enthusiasts. The Prada Foundation’s Milan office in Via Isarco was inaugurated in 2015. The grand structure, comprising nine floors, was a captivating tower that redesigned the Milan skyline. The building is home to a vast collection of contemporary art. The topmost 60 meters of the building act as a periscope for visitors who want to see the city from all around.

A few meters away, near the Via Ripamonti, visitors will pass by the Ica Milano, Contemporary Institute for the Arts, which is a non-profit foundation focused on culture. The foundation started out as the result of teamwork and compassion by five fantastic individuals. It was chaired by Lorenzo Sassoli De Bianchi and led by the former director of the Marino Marini Museum in Florence, Alberto Salvadori. The art center itself is based in a vintage building from the 1930s in Via Orobia 26, surrounded by a courtyard that also includes warehouses and sorting sheds.

But that isn’t the entire story, there’s much more to the area of Porto Romana than just its magnificent art and culture scene. In fact, the space that used to be the Porta Romana airport is making preparations to house sporting activities as well. In the foreseeable future, the area will be hosting the Olympic Village for the 2026 Milan-Cortina Winter Games.